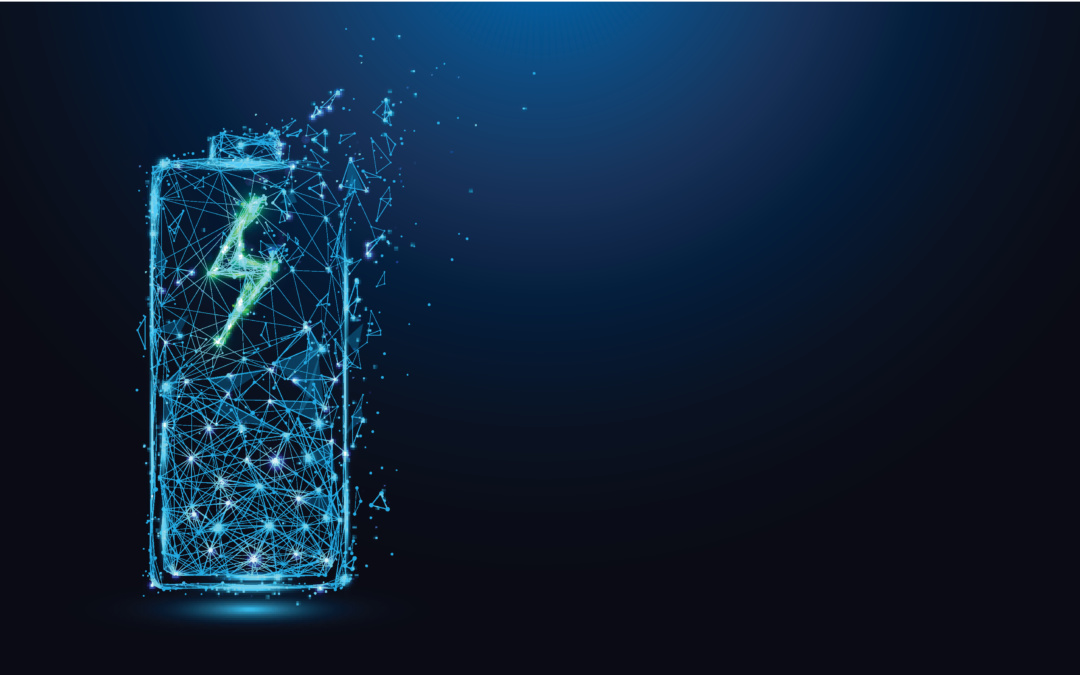 The main factors influencing the aging of lithium-ion batteries are :

The number of cycles (charge/discharge)

This is the most commonly used factor to chose a battery since it permits to estimate the return on investment linked to the usage of an electrical vehicle. During charge and discharge, the lithium ions insert and move from active materials (see TechLetter “ History and battery future ”). The active materials inflate when ions are inserted and deflate during the reverse phenomenon, which progressively damages the electrochemical cell structure.

Lithium-ion batteries can generally be charged in 5 hours without any issue and, for some chemistries in 2 hours. Faster charges generally lower battery life. The charge speed capability varies with each electrochemical cell reference. Depending on charge speed, the battery life can be divided by 10 or more in case of inappropriate charging (see the white paper from Madeleine Eckera, Pouyan Shafiei Sabet et Dirk Uwe Sauer). WATTALPS has verified on its aging tests that the quick charge lowered the life by 15 to 30% for its “long life” cells while it would divide the life by 7 for its “high energy” cells. During fast charge, the lithium ions insert in the active material with a lot more energy, creating more damage than in a low charge process. In certain cases, the fast charge can also lead to lithium plating on the surface of the negative electrode.

Often forgotten, temperature is one of the most influencing factor on lithium-ion battery life. Usage at high temperature will accelerate aging, due to an increased kinetic of parasitic reaction (Arrhenius’ law). Usage at low temperature, and especially charge, also rapidly damages the structure of most lithium ion batteries (see the white paper of Madelein Eckera cited here above). Numerous studies show that the aging of a battery is divided by 2 to 3 between a usage at 25°C and the same usage at 45°C (as example : Elsevier – Transportation Research Part B 103 (2017) 158–187 or the PhD thesis of Arnaud Devie http://www.theses.fr/2012LYO10231 ). 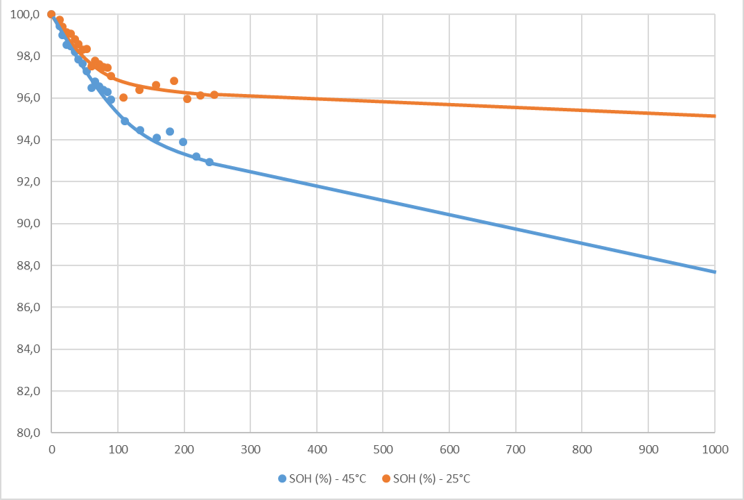 Calendar aging of battery vs temperature

The time spent by the battery at extreme states of charge (maximum charge or deep discharge) has a big influence on battery life. Advised users often prevent full charge or full discharge to increase battery life.

Important factors to ensure a long life to lithium-ion batteries

Each lithium-ion cell reference reacts differently to the factors listed here above. It is therefore necessary to have aging tests which are close to the application so as to estimate the life of your battery. WATTALPS tests its batteries according to 9 cycling scenarios and 8 calendar aging scenarios (state of charge, temperature) so as to estimate the life of its batteries according to the customer usage.

Keep the battery in the appropriate working range

It is also prominent to fullfil all usage requirements of the cell manufacturer so as to maintain the battery in its optimal working range in terms of current, voltage and temperature. The WATTALPS electronics permanently monitors and communicates to the application the authorized working values and is equipped with 3 programmable alarm levels to answer to all needs.

It is generally admitted that lithium-ion batteries are at their end of life when they have lost 20 to 25% of their initial capacity. For some application, it can be acceptable to loose more capacity. Some cell reference tolerate to be used until they have lost 40% of their capacity. Above the limit fixed by the manufacturer, the capacity can drop very quickly and usage can become dangerous in some cases.

If you want to get more information on the topic of lithium battery aging, you can check the link here below to an easy and interesting article on battery aging. This article shows the results on an aging study done on 6,000+ electric cars in real operation.