As explained in the WATTALPS TechLetter on lithium-ion battery safety, the thermal runaway of a battery cell is the event to avoid to ensure safety in a battery system. Thermal runaway is a self-heating phenomenom, which can potentially lead to fire or explosion. When the battery reaches a temperature threshold, parasitic exothermic reactions occur and heat the battery even more. The reaction becomes unstable and can lead to a battery fire or an explosion in certain circumstances. 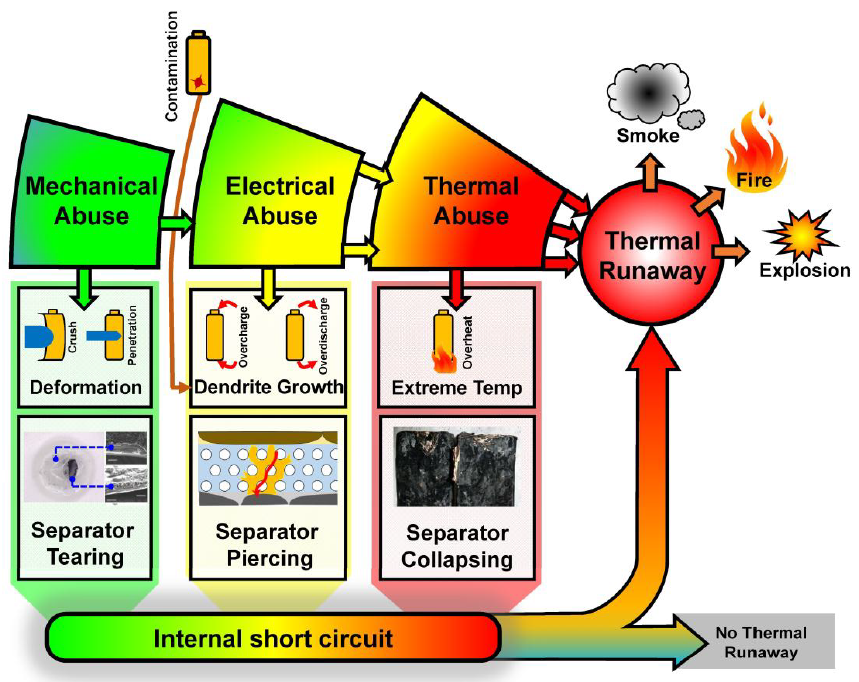 The electronic battery management system ensures active protection against thermal runaway by maintaining cell in a safe operation zone (“electrical abuse” / “thermal abuse” of the figure here above). Additional protection measures in the battery design and its integration in the vehicle will strongly limit the probability of an internal short circuit linked to an accident (battery crush or penetration of conductive parts into the battery casing). These protection measures can be validated during qualification tests (ECE R100 V2, SAEJ2464, IEC62619…).

Nevertheless, it is not possible to prevent a cell internal short-circuit due to the presence of a metallic part inside the cell (error in the manufacturing process of the lithium-ion cell).

According to the literature, the probability of occurrence of an internal short-circuit for a 18650 cell is of 0,1 ppm (source : “Thermal Runaway Mechanism of Lithium Ion Battery for Electric Vehicles: A Review” X. Feng, et al Tsinghua University – Beijing). This event will therefore occur more often for big batteries and for products made in big quantities. As example, it is estimated that one Tesla battery every 10,000 will undergo an internal short circuit linked to an error in the manufacturing process.

You will find in the following link a video of a thermal runaway propagation of a small battery made of five 18650 cells (LCO chemistry is the most reactive one). 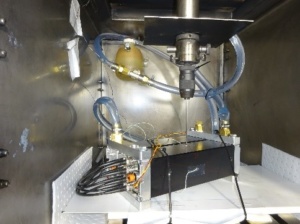 WATTALPS safe modules and battery packs provide energy densities ranging from 220 to 300 Wh/L and integrate a coolant circulation network to easily cool down or warm up the battery.

NB : if you are not familiar with the terms LFP or NCA, do not hesitate to read our TechLetters on positive and negative electrodes of lithium-ion batteries, as well as the one on electrical energy storage.